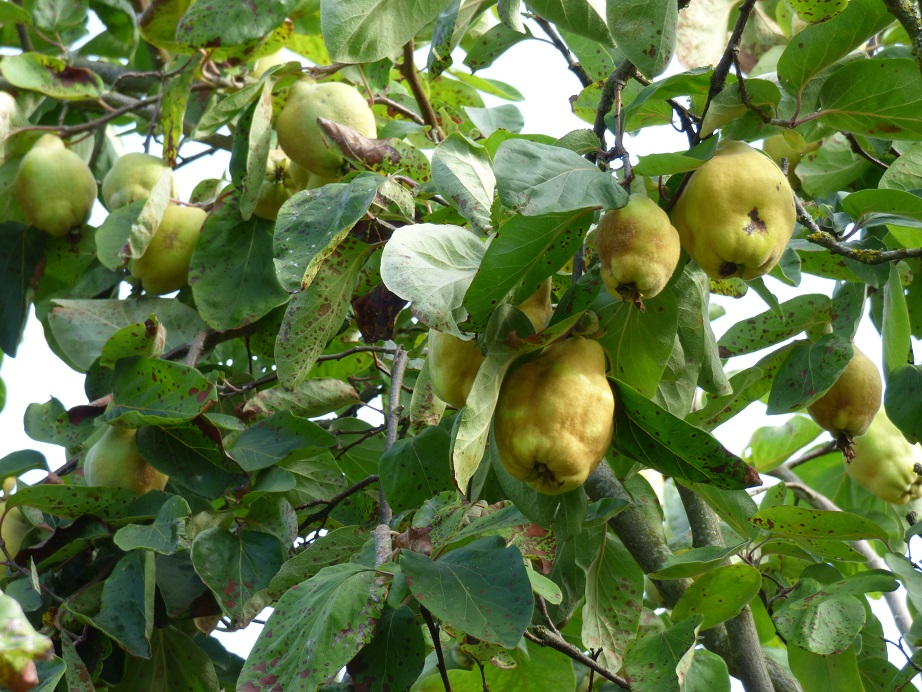 This year has been our best ever for Quinces in the orchard.  Much as we love Quince Crumble Tarts there is a limit to just how many of these you can eat.

Rather than simply leave the fruit to rot on the compost heap we thought we would explore another method of preserving them and enjoying them over the coming months.  Although we make cider from our apples every year we have not tried quince ‘cider’ before so this is very much an experiment.  I have used the term ‘cider’ as I am not trying to make a quince wine.  I am looking for something that is thirst quenching, fresh and sparking and not as alcoholic as a wine would be.

The fruits have such a fragrant bouquet that they should make a very enjoyable drink in theory but I can imagine that if you use too many the flavour could be over-powering.  Having read various recipes this is the approach we decided to adopt to make our first gallon of trial quince ‘cider’.

I decided to use eight large quince fruits per gallon.  Some recipes suggest 20 per gallon but I think this would result in a flavour that might be too strong.  As the fruits are so rock solid even when ripe they could not be crushed and pressed in the same way as apples.   The quinces were washed, cored and grated (skin on).

The pulp was then added to 4 pints of water in a large pan and brought to the boil.  It was boiled for 15 minutes and then the liquid was strained from the pulp.  Other recipes have suggested that boiling for longer than 15 minutes makes it difficult to clear after fermentation.  The resulting liquor certainly had a very pleasant flavour.

To increase the sugar levels for fermentation I dissolved 1kg of granulated sugar in 2 pints of water and then added this to the quince juice.  This resulted in a specific gravity measurement of SG1080 which is perhaps higher than I might have wished for.  If it ferments out then this would be in excess of 9% alcohol which is pretty potent for a cider.  Time will tell whether the result will be on the sweet side with a lower alcohol content or drier with a higher alcohol level.

A further 2 pints of cold water was added to the must to make up the 8 pints (1 gallon) and this was allowed to cool to tepid before adding a cider yeast.  I also added 2 teaspoons of pectolase to help the cider clear.

All that is left to do now is stand back, admire and wait for the result.  Usually my apple cider is ready to rack in mid-November and it will be interesting to see if the quince cider performs in the same way.

I will let you know how it goes!

The Quince Cider is now ready to drink.  It is certainly beautifully clear and certainly looks the part.  For my taste it has worked out rather sweeter than I would have hoped.  I think next year I will reduce the additional sugar to perhaps 0.5kg rather than the 1kg used this year.  There is no doubt that the fragrant quince gives a wonderful flavour – not to strong or too insipid.

(PS:  Still enjoying the quince crumble tarts from the freezer – they are just to die for!) 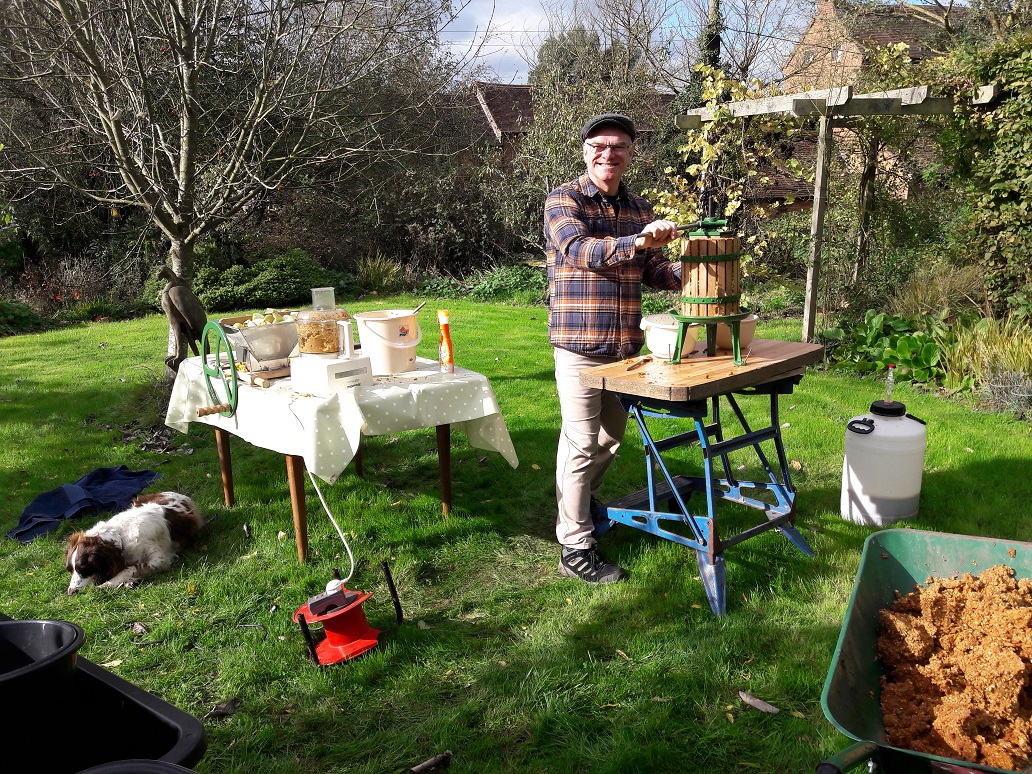 We have been making cider with our orchard apples for over 15 years now. I find it hugely satisfying and it makes excellent use of an apple crop that would otherwise go to waste.

We try to use a mix of apples. Too many eating apples and you get a rather insipid cider. Too many cookers and it is rather sharp. The beauty is that every year is slightly different depending on the apples available. You certainly don’t need specialist cider apples to make a very drinkable cider.

31 January 2018 – Cider bottled and stored in cool area for secondary fermentation in the bottle to create the sparkle!

Follow We are out in the garden … on WordPress.com