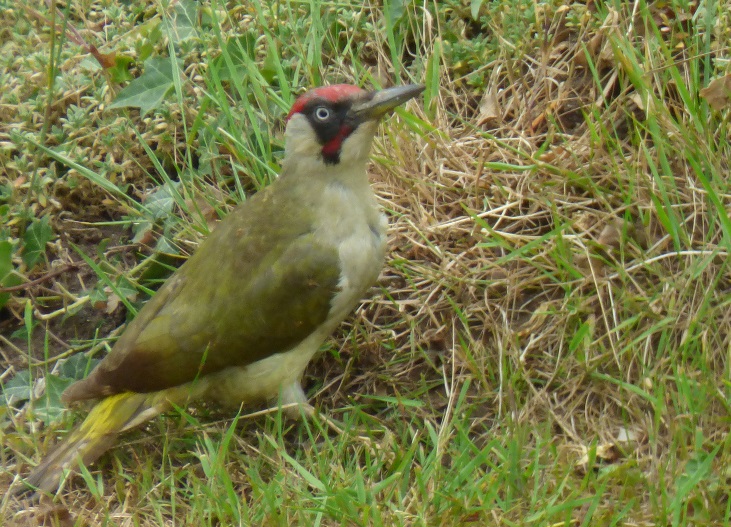 The Green Woodpecker is supposedly a fairly common bird in the UK (c. 52,000 pairs) but we see it only rarely in the garden.  The Great Spotted Woodpecker is a more regular visitor and often comes to feed on the peanuts in the bird feeders.

The Green Woodpecker is the largest of the British Woodpeckers and is the size of a large pigeon.  It typically feeds on ants probing ant nests with its strong beak and long tongue.

This individual is an adult male as it has a crimson-centred moustache.  The female has a black moustache. 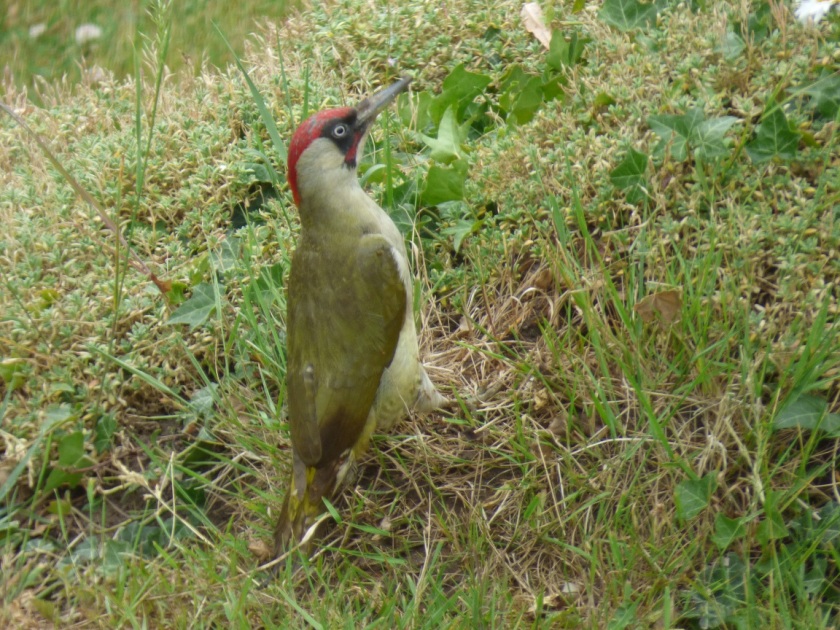 It seems that the Green Woodpecker (unlike the Great Spotted Woodpecker) does not drum.  Their song is a very characteristic loud ringing laugh (click to play) 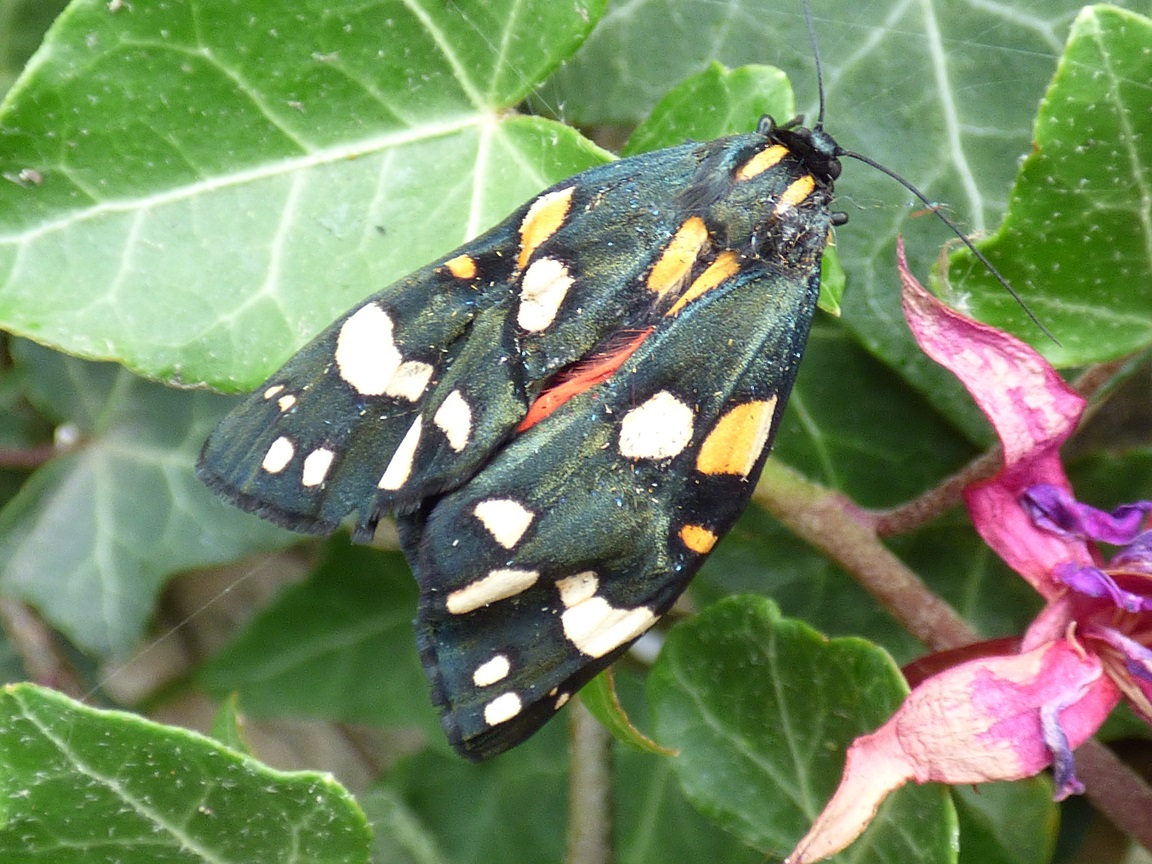 Last autumn I attended a fascinating nine week course at the Warwickshire Wildlife Trust on macro moths.  I did hear the comment “what do you want to do a course on moths for?” a number of times but it was a fascinating evening class.

It has helped me appreciate the sheer diversity and number of moth species in my garden alone.  Most importantly it has helped me understand what I need to do to make the garden a more friendly habitat for both the adult moths and their caterpillars.  Of course many of these caterpillars are also food for the many birds we have nesting in the garden as well at this time of year.

The Scarlet Tiger (Callimorpha dominula) is a relatively large moth (23-27mm).  It is typically a southern moth in the UK (south of the Wash), in the south west and rarely in the south east.  It has unmistakable white and yellow spots and blotches on black on the forewing and a largely red hindwing which can just be seen in my photograph.

The adults fly in June and July by day and at night.  Its preferred habitat is wetlands, including riverbanks and ditches, grassland, coastal habitats (not applicable here!) and gardens ¹.

According to wikipedia the caterpillars mainly feed on comfrey (Symphytum officinale), but also on a number of other plants including Urtica (nettles), Cynoglossum (borage), Fragaria (strawberries), Fraxinus (ash), Geranium, Lamium (dead-nettles), Lonicera (honeysuckle), Myosotis (forget-me-not), Populus (poplar), Prunus (cherry), Ranunculus (buttercup), Rubus (blackberries et al), Salix (willow) and Ulmus (elm) species).  All of these are in plentiful supply here in the lanes and in the garden.

Scarlet Tiger Moths are in the family Arctiidae, subfamily Arctiinae which includes the tigers, ermines and footman. 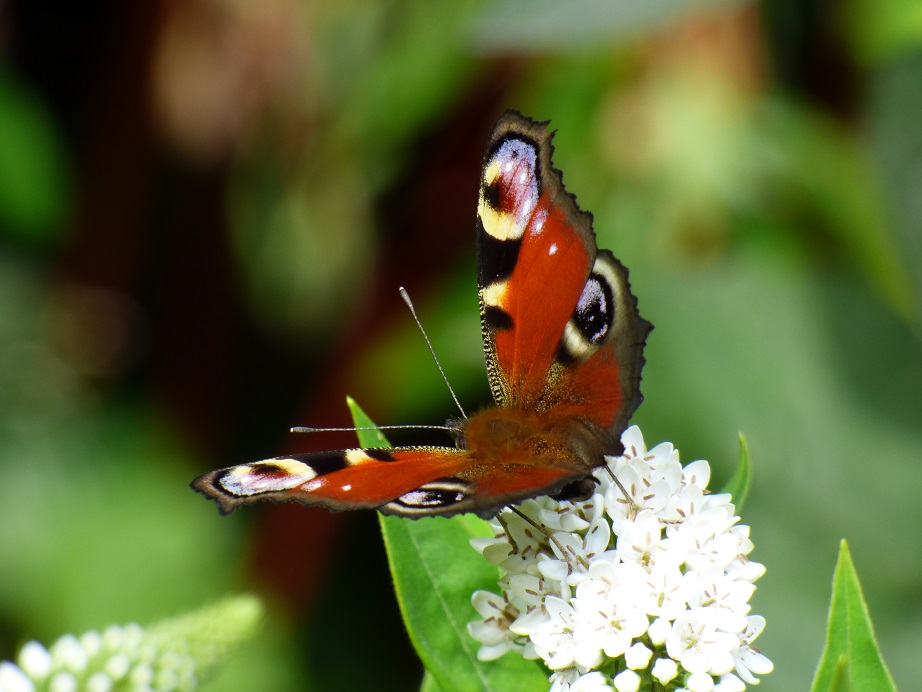 The warm weather of the last few weeks has certainly brought out the first of the butterflies in the garden.  The first to emerge are those that have over-wintered as adults.  The Peacock butterfly is one of a select bunch of hardy British butterflies that can survive the cold in the United Kingdom hibernating as adults.  Others include the Small Tortoiseshell, Comma, Red Admiral and Brimstone.

If you want these beautiful creatures to have a safe haven it is important that you don’t spend too much time clearing away and tidying up.  These butterflies need a safe undisturbed place in a shed or wood pile.  Don’t cut back the ivy and other climbers as this is also a good hibernating spot for other over-wintering butterflies and also moths.

Of course, these over-wintering insects are also food for our garden birds in the harsh winter months and we often see the tiny wrens darting in and out of the ivy collecting food and potentially making nests later.

All of these butterflies have emerged early so that they can mate and lay their eggs on the fresh spring growth of the caterpillar food plants.  The Peacock caterpillars feed on stinging nettles, the Orange Tips on Cuckooflower and garlic mustard and the Brimstones on Buckthorn and Alder Buckthorn.  Once again don’t be too eager to clear the garden of all these wild plants if you want your garden to be rich in animal wildlife.

As a child I remember with great pleasure collecting Peacock caterpillars, feeding them up on nettles in a jam jar until they pupated and then waiting eagerly for the butterflies to emerge and fly away freely.  The fascinating lifecycle of these creatures and their beauty continues to enthral me to this day.

The garden is full of bird life at the moment from dawn to dusk.  A particular highlight today has been our ‘crazy’ male chaffinch who has spent the day fighting his own reflection in the kitchen window – exhausting for him and us!  A Chaffinch is usually quite a rare sighting in our garden and this spring we seem to have a pair that are present most of the time.

This post is intended to be a simple record of the birds we have spotted in the garden today (7 April 2019).   The garden is about 1 acre and located in the countryside just outside Warwick (UK).  It has a substantial number of mature trees and shrubs and is surrounded by countryside on all sides.  This is mainly grazed pasture but there are also arable fields close by (this year mainly growing oil-seed rape which is just starting to come into flower).

We have a number of bird feeders in the garden which contain peanuts or a bird seed mix.   Here are today’s sightings.  The photographs are all taken in the garden but not necessarily today. 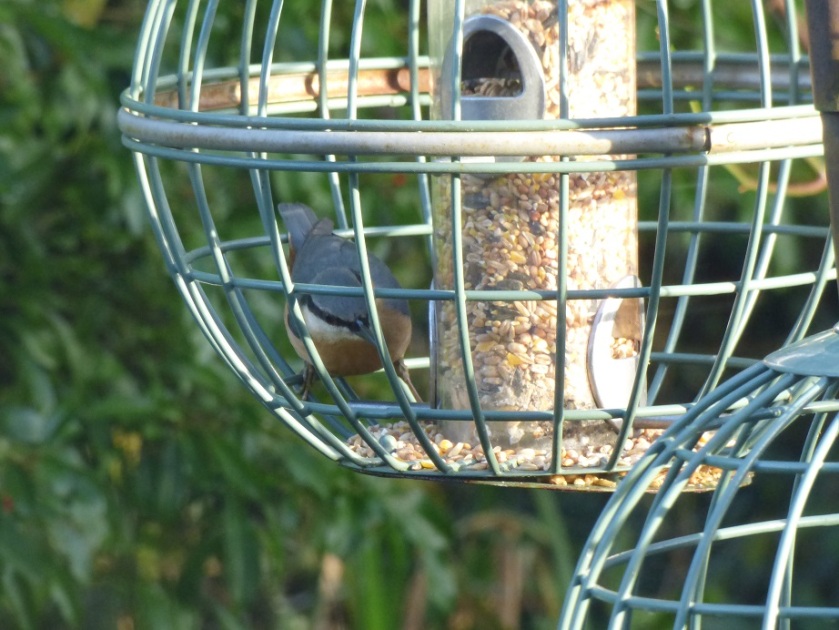 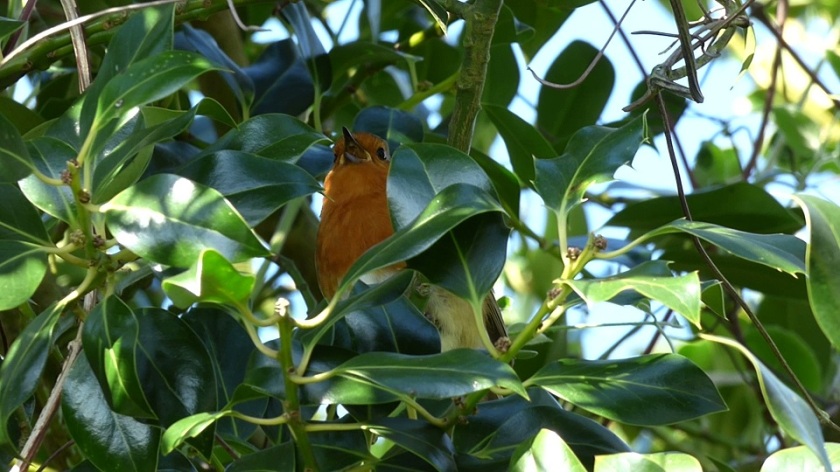 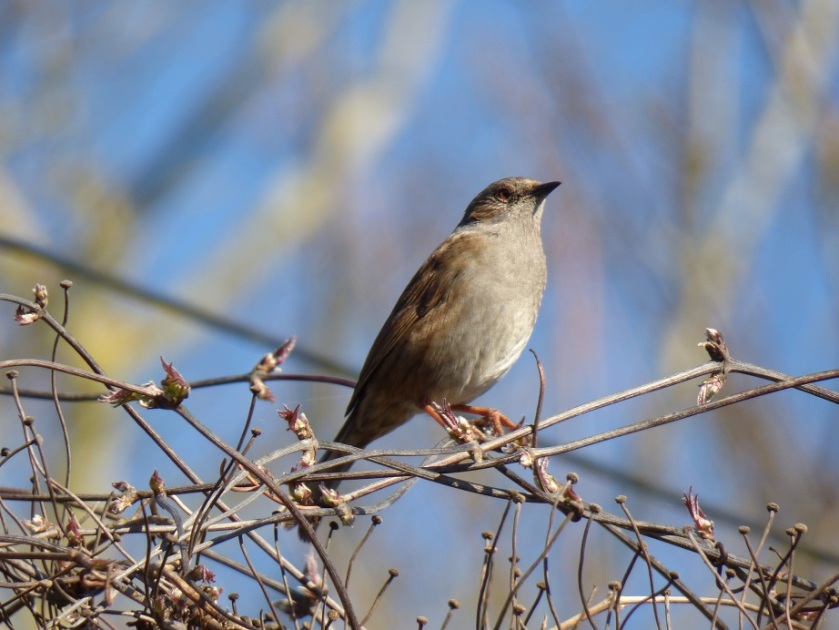 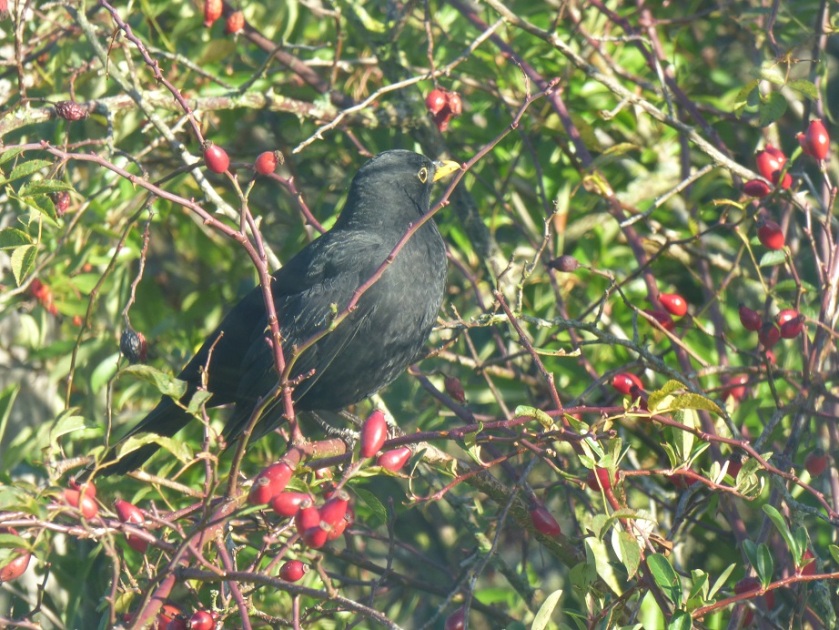 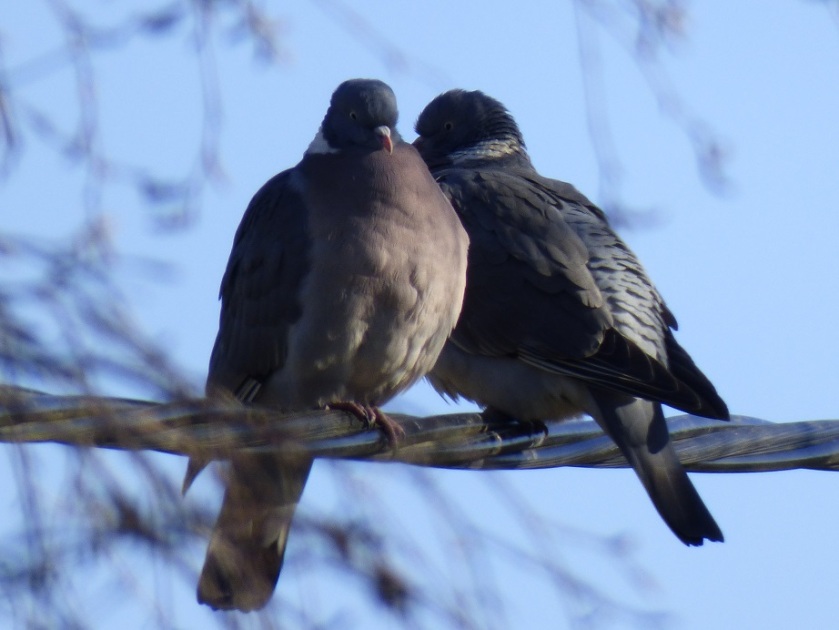 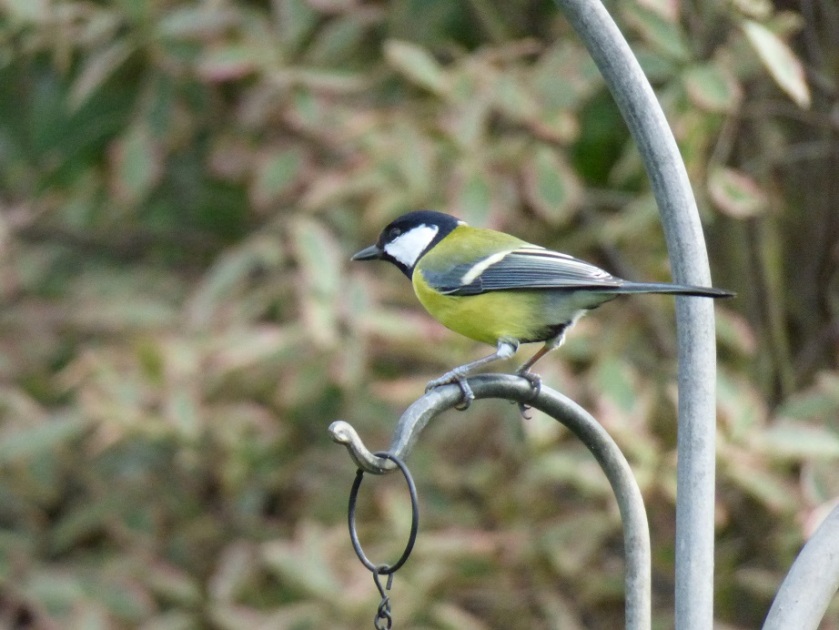 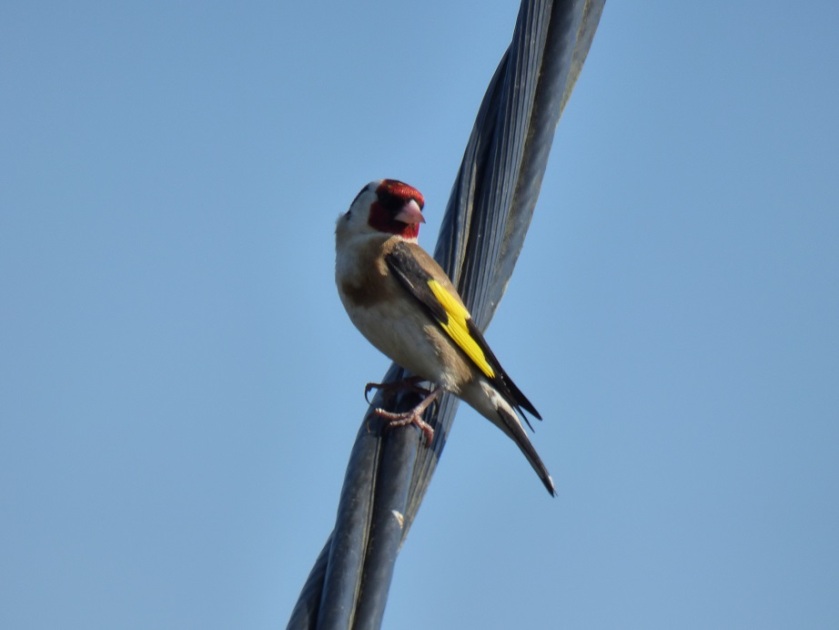 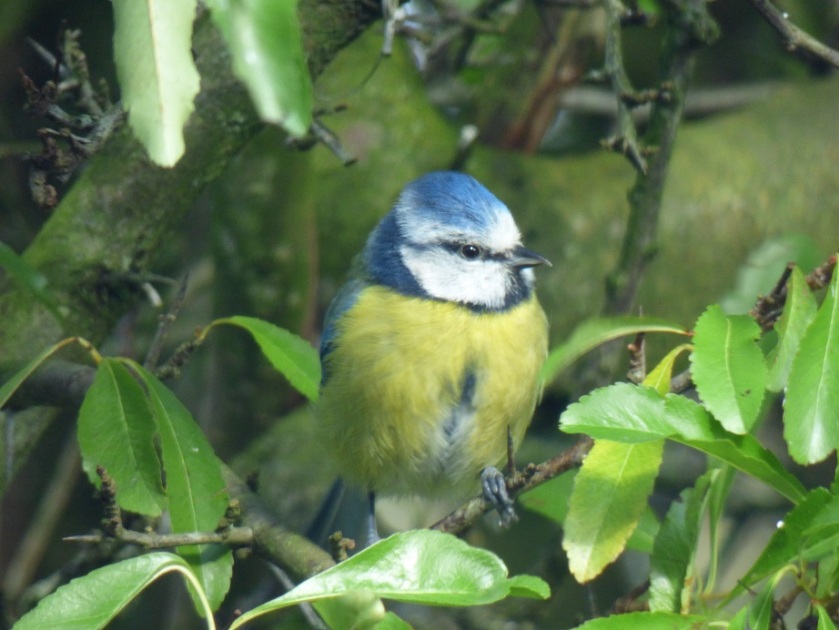 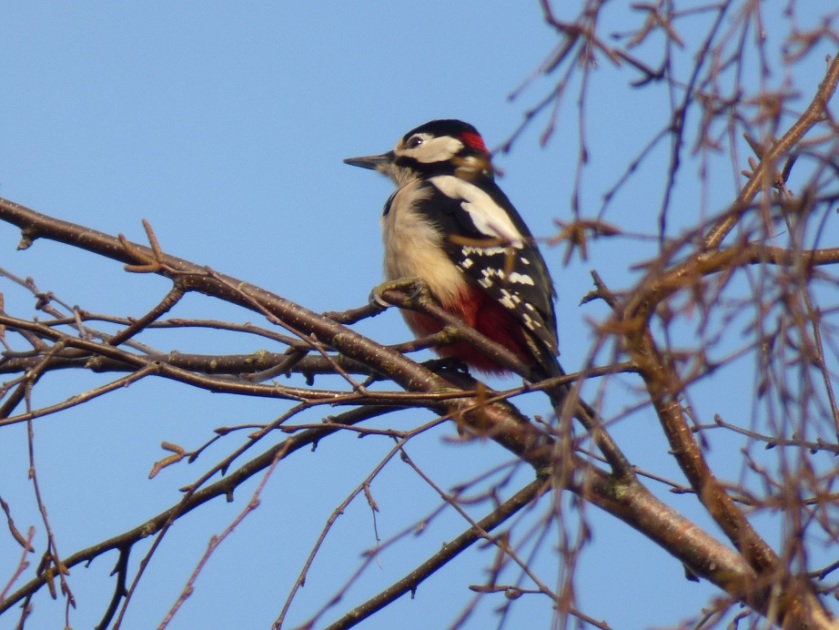 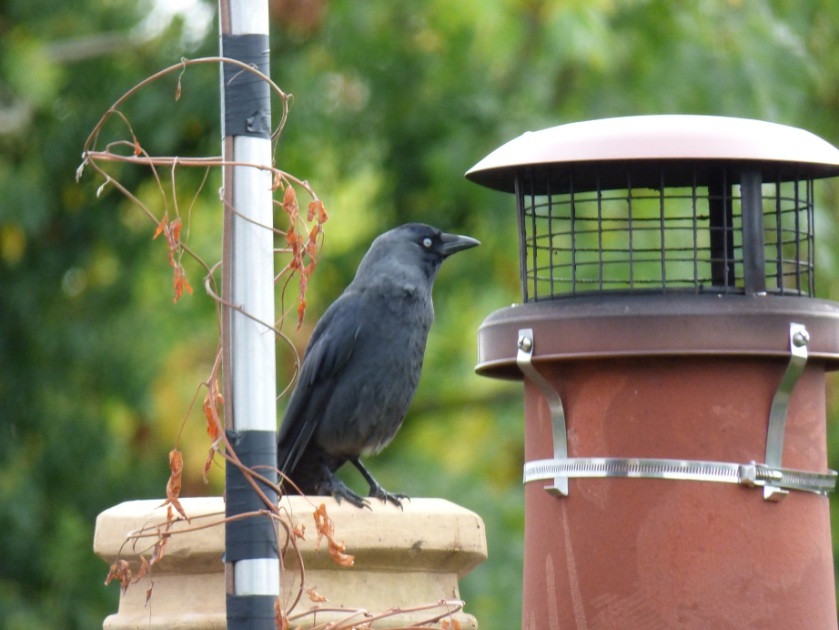 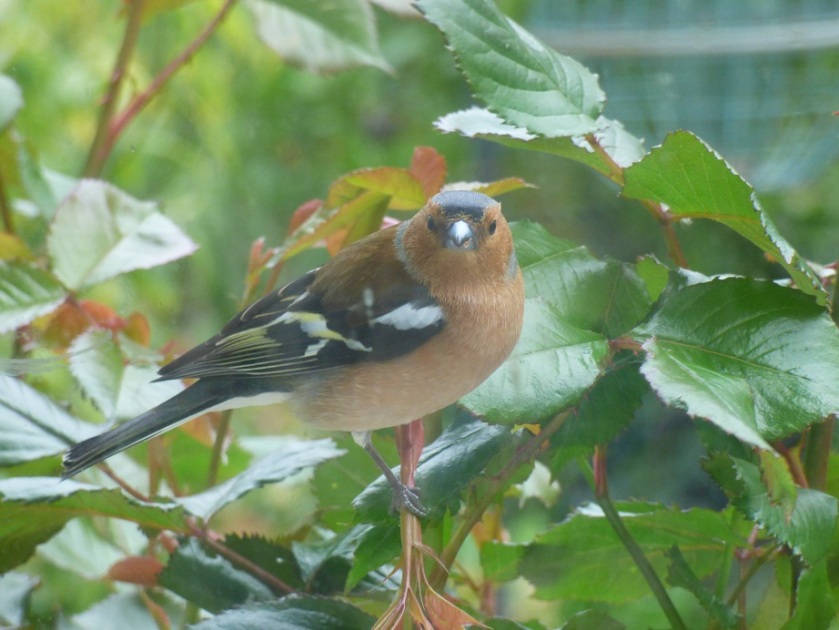 There are of course other birds that visit from time to time but they have not appeared today.  Next week perhaps!

There is so much movement in the garden on these very warm sunny days.  It is just lovely to see the butterflies flitting from flower to flower and amongst the long grass.

Photographing them is more of a challenge but here are six that I have managed to capture in the last few days.

This second picture shows the very characteristic white comma on the underside of the wing that gives it is common name.

This white butterfly is very much smaller than the Large White and seems to rarely land to have its photograph taken.  I am not entirely sure which species this is so happy to be corrected.

In addition there have been others over the last week or so that I have not yet been able to photograph.  These include the yellow Brimstone, Small Tortoiseshell and Speckled Wood

Honey Pot Flowers are wedding and celebration florists based in Warwickshire in the United Kingdom specialising in natural, locally grown seasonal flowers. We grow many of our own flowers allowing us to offer something very different and uniquely personal. 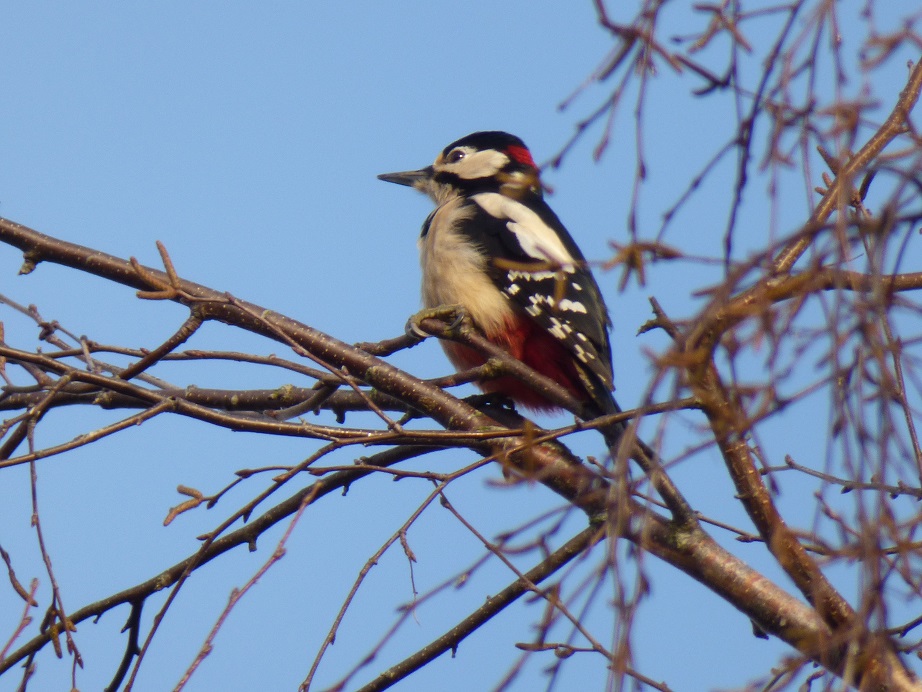 One of the most flamboyant visitors to our garden in the winter months has to be the Great Spotted Woodpecker (Dendrocopos major).  Its striking black and white plumage with vivid splashes of red are always a pleasure to see.

We often see these woodpeckers skipping around the trunks of the silver birches and they are also frequent visitors to the bird nuts for an easy meal on colder days.  They don’t stay long but we were lucky enough to have the camera ready to capture the following video footage.  The red markings on the back of the neck indicate that this is a male woodpecker.

The Great Spotted Woodpecker stays in the locality all year and you often glimpse its characteristic bouncing or undulating flight and hear its call as its travels across the garden.  They have a remarkably wide distribution throughout Europe and Asia and also into North Africa.

Great Spotted Woodpeckers are omnivores, feeding on both insects and grubs as well as nuts from the feeders.  It is also reported to take the eggs and chicks of small birds.

We have not yet found out where the nest hole is located but it is reported that they maintain a territory of up to 12 acres.  We will keep our eyes peeled over the coming months.  It is always wonderful to see the baby woodpeckers with the parents later in the year but unfortunately we do find that these young woodpeckers do have a tendency to fly into the window panes and injure themselves.