The tulips are at their most spectacular at the moment and I thought that it would be appropriate to celebrate them as part of Six on Saturday this week.

I have pulled together pictures of six combinations and mixtures that have worked particularly well for us this year. All were purchased from Parkers and planted in the autumn of 2019.

One: Ronaldo and Grand Perfection

Tulip Ronaldo came out slightly before Grand Perfection but the latter has now caught up and grown to a similar height.

This is one of Parker’s off-the-shelf mixtures so I am not entirely sure of the names of each of the varieties included. 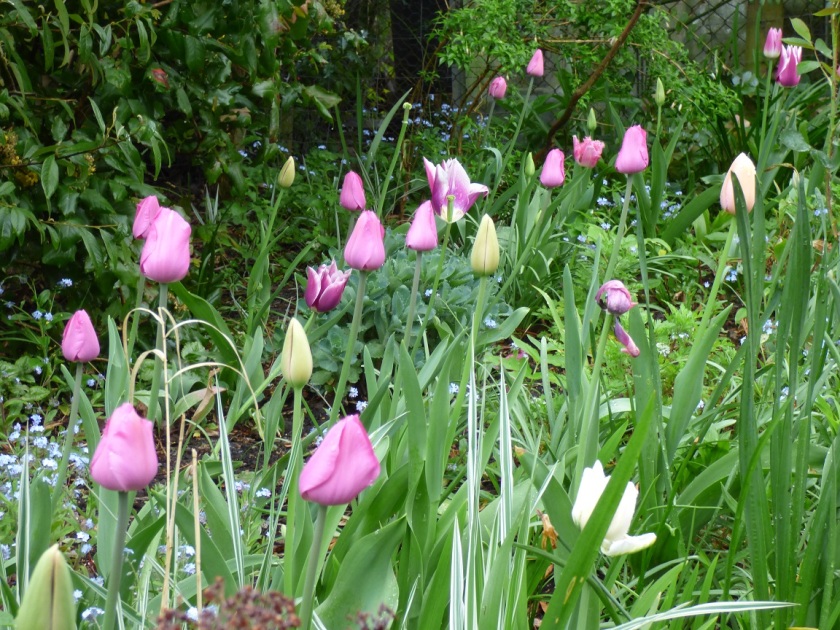 Princess Irene was much later and shorter than Purple Prince and initially we thought that this combination was not going to work very well. However they have now grown to a similar height and are looking lovely together in terracotta pots backed by a perennial planter of blue-grey foliage and purples. 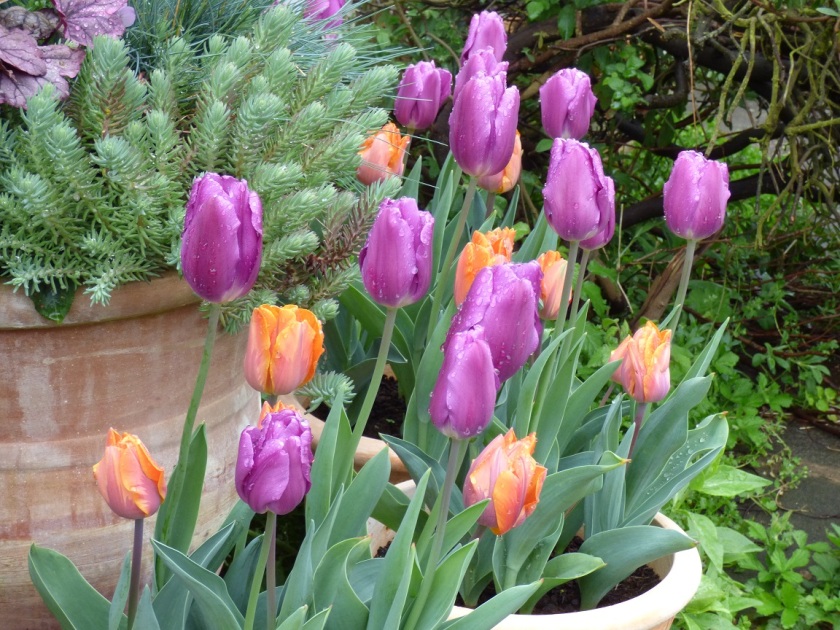 One of our own combinations that we have used over a number of years in the old rose garden.

These are two varieties that we have not tried before and they have proved to be lovely together sitting amongst the blue forget-me-nots.

The Six on Saturday meme is hosted by The Propagator. Click on the link to be inspired by what other plant lovers are enjoying this weekend.